A Documentary review of Glitter Tribe 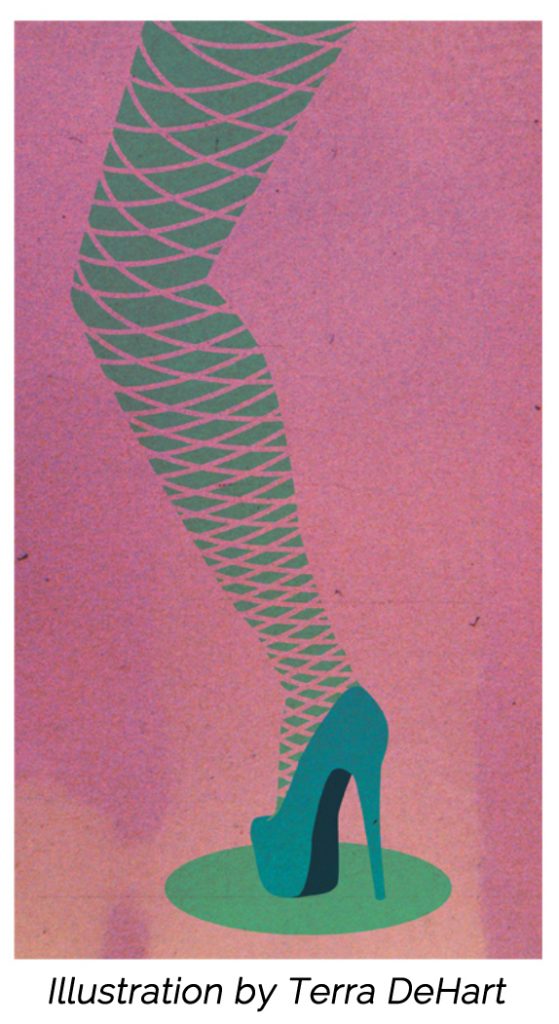 Burlesque can be traced back as far back as Ancient Greece. The fifth century playwright Aristophanes’ Lysistrata is about the wives of Athenian soldiers who refuse to have sex with their husbands until they end the Peloponnesian War. As the women tease and taunt their partners, the men’s erections grow to comic proportions.

For the artists in Glitter Tribe, burlesque isn’t just any one thing and the performers don’t embody any one person. Their personas are multiplicitous.

“I think of Angelique DeVil as my megaphone,” DeVil said. “She’s an amplification of all the people I’ve been, that I am, that I want to be. I embody both extremes. The heroine and the villain and everything in between.”

In neo-burlesque no subject is off limits and anything can be made sexy. Eroticism doesn’t hinge on boobs and butts, it’s about commitment.

“What I find incredibly sexy is someone putting themselves out there and committing entirely to whatever art form they have chosen for themselves, even if it’s something super weird,” said Babs Jamboree, who delighted audiences with her burrito striptease in which she was the burrito.

This balance between humor and sex appeal is at the heart of many routines, but burlesque can also be a vehicle for social commentary. The Stage Door Johnnies are three male burlesquers who challenge ideas of masculinity by amplifying various aspects of how we expect men to behave.

Burlesque also has ties to the do-it-yourself movement. Performers are largely self-trained; they pour hours of their time and money into creating their own costumes and developing their own dances, in addition to drawing on the genre’s conventions and tools—such as strip tease, pasties and ribald comedy.

“A lot of artists you’re seeing now are taking that tool belt and using it as a means to express commentary on society delivered in a sparkly extravaganza,” said Haley Sweetlands Edwards, an author and journalist.

While some compare burlesque to stripping, the artists draw a distinct difference between the two and refute the notion that their art disrespectfully objectifies the body. They claim what they do is not so carnal, it has more character and it’s more sophisticated. It doesn’t degrade the body, but celebrates it.

While the film supplies an entertaining, intoxicating peak into the purpose and nature of this flamboyant fringe world, what’s most captivating about it is the personal stories of the individual performers and what this art means to them.

Growing up in North Dakota, DeVil felt like an outsider. She dressed differently, and she was told she was an embarrassment to her family. But she couldn’t change who she was, so she left when she was seventeen. For her, burlesque wasn’t about defying others, it was about accepting herself; it was a homecoming.

“It was like, I found my people,” DeVil said. “Everybody looked weird and it was celebrated and encouraged and you weren’t judged on that. There’s a commonality there. We’re all just telling our stories. And that’s one of the best parts.”

Many of the performers recount similar experiences of feeling ostracized by others or uncomfortable in their bodies until they found this culture and means of self-expression and self-empowerment. For Zora Von Pavonine, the confidence she fostered on the stage seeped into other areas of her life.

The film has not yet been released, but when it is, be sure not to miss it.